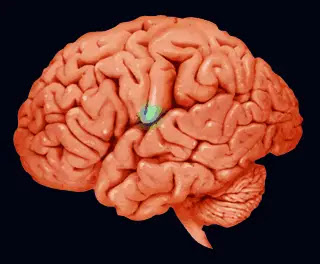 Living with Alzheimer – Some Forgetfulness Is A Normal Part Of Aging

Attempts have been made to categorize Alzheimer’s symptoms by stages. While staging does provide a quick way to gauge the progression of Alzheimer’s disease, systems that stage Alzheimer’s symptoms are only guidelines. For instance, memory loss may progress at a slower or faster rate, and some may not suffer from severe personality changes.

1. The person has no apparent cognitive impairment or memory loss and has normal decision-making ability.

2. The person experiences slight cognitive decline and begins to forget small details, such as the location of car keys, glasses or a book.

3. Cognitive decline may start to become noticeable. Other people notice memory loss. At this stage, Alzheimer’s symptoms may be clinically identifiable.

4. The person begins to forget recent events and personal details. Decision-making ability begins to become impaired. He or she may seem socially withdrawn.

7. The person cannot perform any decision making, does not respond to stimuli, and cannot control movement. The person is often mute.

Regardless of stage, some Alzheimer’s patients may have moments of clarity in which they recognize faces, can put names to those faces and have vivid memory recall. Oftentimes these moments of clarity are triggered by familiar smells, sounds, and voices.

Long term memory recall also starts to deteriorate. Long term memory difficulties include forgetting personal events, phone numbers that have been the same for years, and other long term facts.

The deterioration of long term memory recall results in disorientation as memory retention of places and addresses diminishes. Mid-stage Alzheimer’s disease patients may become lost in once-familiar surroundings. Long term memory is not completely lost, but it is apparent that long term retention is increasingly impaired.

Cognitive functioning and the ability to think abstractly continue to decline during this period. Math, reading, and other skills are increasingly impaired. Language difficulties and word retention loss become more apparent thus restricting the person’s ability to socialize.

During this period mood swings may worsen. Mood swings may include periods of suspicion, anger, delusions, or paranoia. Some people will hallucinate or engage in compulsive behavior, such as wringing their hands.

Assistance is required for daily activities. Although most people can still eat and perform many other activities in spite of advancing Alzheimer’s symptoms, they may need assistance in dressing or bathing. Supervision to prevent individuals from “wandering off” or getting lost is also necessary.

Late-stage Alzheimer’s symptoms reflect the extensive deterioration of cognitive functions. Patients cannot survive without the assistance of a full-time caregiver. Not only must direct symptoms of Alzheimer’s be considered at this stage, but the caregiver must also be aware of potential medication side effects, depression, and other complications.

Late-stage Alzheimer’s disease prevents the performing of even the simplest tasks. The affected person is completely dependant on a caregiver for eating, dressing, health care, and all other daily needs.

Memory deterioration is almost complete by this point, and language skills may have deteriorated to the point that the person is mute. Sleep patterns may be disturbed, and muscle coordination will be so impaired that walking, sitting, or even keeping the head upright is too much for many people.

Bladder incontinence is a common complication of late-stage Alzheimer’s disease. The caregiver can lessen incontinence accidents by scheduling regular bathroom trips. Further information about incontinence can be found at

Constipation may become a problem. Adequate nutrition is difficult to ensure for a person with Alzheimer’s, and nutritional imbalances may trigger constipation. Bowel movements need to be monitored in order to catch and treat constipation early.

Broken bones are a common complication. Muscle control is severely impaired, so falls, bruises and broken bones are common. Because the Alzheimer’s patient may not be able to communicate the pain of a break caused by a fall the caregiver may have to physically inspect the person for signs of broken bones.

Medication Side Effects: Glaucoma and Seizures

In addition to physical complications, such as broken bones, the caregiver should be aware of medication side effects. If Alzheimer’s symptoms are being treated by medications such as antidepressants, caregivers should be observant about potential side effects such as glaucoma, seizures, constipation, or incontinence.

Side effects such as glaucoma and seizures should be watched for carefully. Regular eye exams will reduce the chance of damage by glaucoma. Seizures may be difficult to detect, as muscle coordination is already severely impaired.

Talk to your doctor about medication side effects so you know what to expect and report any side effects immediately.

Other Complications of Alzheimer’s Disease 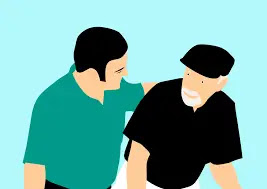 Late-stage Alzheimer’s disease patients may also develop bedsores (decubitus ulcers), urinary tract infections, recurrent fever that does not resolve with antibiotics and septicemia. Alzheimer’s patients may have difficulty swallowing, which can result in aspiration pneumonia, and they may even refuse food entirely causing rapid weight loss.

Depression and Anxiety in the Caregiver

Emotionally, the patient may become confused or hostile towards the caregiver. Depression and anxiety are common among caregivers. Because anxiety and depression can cause dementia symptoms in the elderly, and because most family caregivers of Alzheimer’s patients are the patient’s spouse, the caregiver may also display Alzheimer’s-like symptoms.

In addition to depression and anxiety, caregivers may feel angry, guilty, and overwhelmed by the stress of caregiving. Caregivers should have respite time: time to themselves while professional caregivers watch over their family members.

Hospice can provide much-needed relief in late-stage Alzheimer’s disease. If you are the caregiver of an Alzheimer’s patient read more about caring for yourself at Caring for Caregivers.